Google to Use Passage-Based Indexing in November 2020

Google recently announced several search changes, one of which is passage-based indexing. This modification, which may change website ranking, will start for English language results this November.

According to the tech giant, this update can help provide the right answers to highly specific searches. This will allow the engine to index more than just the web page, but its individual passages as well.

By deeply understanding such passages, Google hopes to provide the particular answer that the user is looking for – the proverbial needle in the haystack.

Although Google will focus on content and the meaning of passages, it will not zero in on certain parts.

It will still index the full page, though it will consider such areas when determining relevance. By doing so, Google expects to improve as much as 7% of all the queries across all languages.

Despite the name 'passage indexing,' Google clarifies that this is more a ranking change. It will not change how it indexes web content, which means it will still look at the entire page when crawling websites.

However, it will try to understand web content deeply to supply the best matching result to a person's query.

According to Cathy Edwards of Google, this change will help people search for specific information that may not be the focus of a particular page.

Edwards cites the query, "How can I determine if my house windows are UV glass?" as an example. With the current algorithm, Google will return results talking about UV glass and the need for a special film. While useful, not any one of these will prompt the user to act.

With its new search update, Google will delve into websites that specifically answer the question. Instead of the results stated above, the site will show a DIY forum passage that tells how a person can use the reflection of a flame to determine glass UV worthiness.

As such, it may show websites that may not be about UV glasses per se. But since it answers the query specifically, it will show the said result.

This is beneficial to users with very particular searches but are always met with related but inaccurate results.

When users do a search, Google generates 'featured snippets' at the top of the search results. While many believe this to be similar to Google's new indexing plan, it is quick to differentiate each.

According to its spokesperson, the search change will involve "systems (that) determine the relevance of any web document via the understanding of passages."

This is in contrast to featured snippets, which "identifies the most relevant passage in a document determined to be relevant to the query."

It also includes other aspects, such as the page title, URL, and quoted information. The snippet comes from the web listing and is shown following Google's automated system.

Other Changes to Come

Apart from improving specific searches, it aims to provide better results for broader searches. In the months to come, the system will look into subtopics or the nuances of each website. That way, it can produce a more comprehensive range of results for broad search queries.

In the video, Edwards talked about "home exercise equipment" as an example. While all the related results are helpful, Google will try to help the user decide by showing more specific results.

For the longest time, Google looks at strong page signals, such as page titles and headings. While these are important for ranking, the search engine will delve deeper into sections that answer the user's query.

So even if the page is talking about another topic, having a related passage would mean it would show up in the results.

Because of such changes, experts believe that headers may now play a bigger role (compared to the title) in terms of rankings. In the last few years, headings were not as important ranking factors as in the early 2000s.

This is mere speculation, though, as Google does not have a definite answer on how the indexing would affect this. And since the system will not be live until next month, it's anyone's guess how passage-based indexing will affect website rankings. 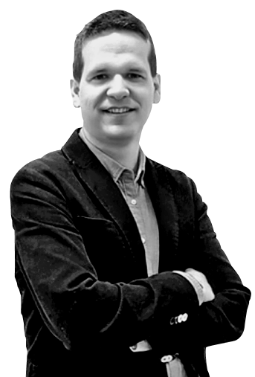 Get Hold of Gert at SEOLeverage.com